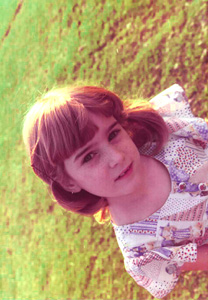 I have always steered clear of the meme format for blog posts, as I considered it self-indulgent, but if a meme catches on, it ends up being more about other people than oneself, so here goes.

John Gillespie over at SensitivityToThings.com has started something with his finely crafted Six Childhood Facts post, and you can read a highly entertaining 6 from Pavitrata Taylor in From Out of the Ether a Golden Egg.

Just for fun I tried to think of a few, but only got to 5. If you think of some of your own, you can add them at the end of this post, or leave a link to a post on your own site. I realise now that the things one has grown up with, and which thus seem ‘normal’ can be amusing and interesting when viewed from adulthood, especially through the eyes of others.

If you’d rather skip the facts about me as a child, you can go straight to the dessert, a bonus feature: Age Does Not Matter. It doesn’t though does it, really?

Age Does Not Matter (A More Recent Anecdote) 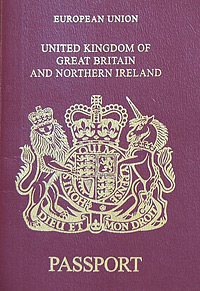 “You wasn’t born in seventy.”

He was huge. Even his shining shaven head seemed muscular, his eyes steady and piercing like an archer’s. I was dried up and dizzy from flying all day, and then even my breath stopped. The hall echoed with an unreal uncomfortable sterility. His huge hand was on the precious little red book that has let me travel everywhere. The stare did not break. How would I prove that I am in that photo booth snap? It was all I had to show that I am me.

CHUG. The rubber stamp came down. He did not betray an ounce of mirth. But after half an instant, in which my world dissolved and hurriedly reconstituted itself, I realised he was making a joke for us both… and paying me a large compliment into the bargain. A joke and a compliment were yet more welcome in that lonely sterile world than they could have been in any other place, made funnier and kinder still by the deadpan delivery.

I yelped a strange laugh with what breath I could draw, and felt the immigration hall at JFK turn to look. Sudden sounds, especially merry ones, are not so common there. I stopped short of skipping my way to Baggage Claim.

If I didn’t seem like I was nearly thirty-seven, that is a victory for my meditation teacher, Sri Chinmoy.

Thirty-seven. I have to laugh. Other people laugh too, when I can remember (or work out) how old I really am. (Nearly 38 now!)

Yesterday I was remembering some of the “records” I used to listen to in my teens. Sometimes I do things like that just to amuse myself; it’s so staggeringly long ago it’s almost as if it must have happened to someone else. I daren’t show you a picture of me then, that would be too staggering. I look older than I do now, in fact I look older than I am now. I carried the weight of so many imagined worries.

It’s not that I don’t worry now, I do, but nowhere near as much. As the saying goes: You can’t push the river, it flows by itself. Meditating every day shows me that is so. I don’t care less; in fact by worrying less I have more with which to care. 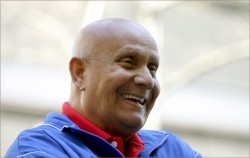 “Age does not matter,
Unless you replace
Your heart-light
With your mind-night.”
—Sri Chinmoy
(unofficial quote)

Age does not matter. Until his passing at age 76, Sri Chinmoy proved that to me. Through his life of meditation and self-transcendence he showed me that perhaps I am not as limited as I think. I hope to continue forgetting how old I really am. I hope to feel amused, rather than bound, if I do happen to remember, and grateful to Sri Chinmoy, especially if others find it funny too.

8 replies on “My First Meme”

[…] inspired me to write an entire post in return, a list of childhood memories which beget and became My First Meme, a charming, illumining anecdote on age, meditation and self-transcendence at Sumangali.org: Age […]

Why thank you, Pavitrata. How good of you to visit!

What a frightening story. I have a theory that certain people are prone to either fortunate, unfortunate or interesting experiences. You certainly fit the latter. I love the image of your maladjusted toupéed twin, separated at birth, perched on a Starbs barstool, blueberry muffin in one hand, bank vault blueprint in the other. It’s straight out of an episode of Dallas.

P.S. Thank you for the lovely new word: pilose!

John, thank you for your kind remarks. I am kicking myself for not seeing the mummy/Mummy wordplay opportunity.

You might not want to swap childhoods for real; these 5 facts, from the bottom of the life-barrel, are the sum total of what may be called interesting. You would have spent the rest of your time looking for escaped hamsters in the garden and under the floorboards, playing PacMan and falling off ponies.

“Adulthood” is, I find, happier, easier, and a lot more fun than childhood anyway. There is also much more vegetarian junk food on the market these days, which has to be a good thing 🙂

I empathise with your initial panic in the customs hall. Flying into America a couple of years ago the immigration officer went very serious, stopped scrolling on his computer and also eyeballed me long and hard. I met his gaze, and began to get worried. The freeze went on for 20 seconds; he looked at my passport again, then back at me. ‘Er…is there a problem…?’ I asked. ‘Nah, we are just looking for a bad guy with the same name as you. The other guy has hair, though.’
So, he’s out there somewhere, my pilose fallen doppelganger, causing chaos and mayhem. More maladjusted and dysfunctional than I, by the sound of it. Sitting in Starbs, drinking a Frap, planning the next heist.

Can we swap childhoods please? I really had to scratch the early memories barrel to come up with my list, but you have a list of facts each worthy of an entire blog-post (or chapter in some future book).

Mummy, mummies, cheese and mind-reading—and then you charm and inspire us with Age Does Not Matter.

Officially inspired, I think it is my turn to post a fitting response…

The bachgound theme used in above blog is very nice because it reflects the peace and love. The girl is also very cute and she is looking very innocent because of her sweet smile.