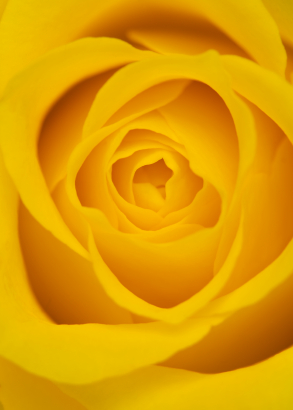 Is there such a thing as a junkophobe? That’s me. I buy the same thing over and over because I keep throwing useful stuff away; I’m ruthless to the point of impracticality. I can’t tolerate anything old, broken, unlovely, unclean, or out of place.

Then what is this old Cheese Doodles packet doing here? Cheap crinkly empty bag, garish primary print, ‘Made with real cheese’ blaring from the top, like that would make it okay. It’s taped into a big silver book of handmade paper, Indian beads hand stitched onto the front. It sits beside seven others, now amongst my most precious possessions: one of raw silk in a rainbow weave and coloured pages, one embroidered with satin ribbons, one with my name across the face of a dog, and a felt-tip drawing of a bird.

Words are scrawled inside: rough shapes of words, the pen hurried or tired, the phrases hackneyed and dull, but this content has held me stunned over the last two days; compelling as an elysian dream remembered at daybreak.

These, my journals of the last ten years, have stayed mostly unopened. I wrote them for a future self I thought I would not meet for many years to come, never imagining my Master would leave his earthly frame for Heaven so soon.

I knew such apparent debris would turn to treasure then. The spent packets of blessed food from Sri Chinmoy‘s hand are now a link to another world which used to be my own; a world of outer instruction, more subtle, more powerful, more inwardly refined than I can even comprehend, let alone fit into the bounds of words. The path of the heart; the silent teaching; the sacred life of meditation; the unviolable bond between Guru and disciple.

Mostly these packets, photos, notes, bulging out of pages, are triggers to more abundant memories than those recorded. A concert ticket took me to the first time I saw Sri Chinmoy in person, Heathrow Airport 1997. In a bustle of artificial light and noise and movement, waiting for his arrival, I entered into one of the most profound meditations of my life. He passed by, looked into me with such surety and pure affection, I knew my life had found its home. Here at last was a teacher who could take me to God; a journey I knew I needed more than my own breath. His was the most familiar face I had ever seen, recognition flooded with sanctuary. Tears of relief followed me for twelve continuous hours.

Today I met with four others to meditate, the thirtieth day after Sri Chinmoy’s Mahasamadhi, an official end of mourning. One of our little band was raised a Hindu, as was Sri Chinmoy, and told us that in India, family members take lotuses on such a day, to set them adrift in the Ganges with a prayer. Perhaps we could do the same as a symbolic mark of gratitude and respect.

We took golden roses with only stubs of stems to help them float. We walked a long way down the river Ouse, slipping on the cobbles in the damp of autumn, checking at intervals with each other if “this” could be the “right place.” Two lads, three girls, and one sleek white dog named Pearl, seemingly out for a weekend stroll.

Who would have thought such profundity would come to pass on a rotting jetty by a rowing club somewhere in North Yorkshire. In the space of moments, so many impulses rose up in me that I have not dared to feel these past days. It seemed we grew up all of a sudden. Orphaned, we had only each other then, with whom to carry the legacy of a sacred life into an unknown future, to offer to others what we have had the unimaginable boon of receiving.

I set the small bundle of softness on the wide mass of water and watched it bob away. It seemed to have its own light, glowing with a joy and purity I thought only Heaven could conceive, smiling and shining at the onset of an unknown journey; a warm light above the dark and changeable – on it, in it, yet apart from it. I touched my fingers in the water, then to my head and heart, making some unspoken promise to this beautiful city where I was raised: a sudden totality of love and oneness.

We parted, all but wordlessly, and I went home. I smiled to the homeless man selling magazines and gave him a pound – he works hard like a busker, all in joy and fun, to make others smile – and I saw myself in part in him. I smiled to the youth absorbed in a greasy paper of chips and scraps. I smiled to the aged lady struggling in pain and fear from the harbour of her own front door – I saw myself in part in her, and felt only love. I smiled to the big girls in skinny jeans, cursing and shouting; the lady in shades on an overcast day; the pub landlord at his back door in a dressing gown, ruddy from the night’s excess; the sulking seven-year-old whingeing to her father for something vitally important.

Today I saw myself in part in them all. Or was it God?

10 replies on “A Beginning, an End, and an Eternity”

Thanks a lot for such a beautiful post..It really inspires the readers.You made me realize that the world is so beautiful and nice if accepted with open arms.

Dear Sumangali, thanks for the beautiful post and for your thoughts. I hope enjoying more of your work soon.

Dear Jennifer, thank you so much for your visit. Such very kind words from such a very good person brought tears to my eyes. Sorry this response is late, I was so sure I had responded earlier. Maybe the comment disappeared, or maybe I dreamed I had thanked you already!

Dear RS Smith, thank you for taking the time to visit my blog and to read my writings. It is truly an honour for me to be able to speak of my treasured experiences with Sri Chinmoy, and to call myself his student. I hope only to continue learning from him every day.

All best wishes to you.
Sumangali

Thank you for your beautiful posting and for your sensitive thoughts. Sri Chimoy was indeed an inspiring figure. We can learn so much, not only from him, but from the examples of his followers such as yourself.

Dear Gautumi, thank *so* much for visiting, your comment really warmed my heart.

Dearest Sumangali, all your writings are so beautiful and deep. Very profound experience you had. I guess, there is so many miracles all around us every day, we just have to be ready or open enough to receive them. Thank you for sharing your inspirations.
All the best from Gautumi.

You radiate the teachings of your dear teacher!

Blessings of peace and love to you,