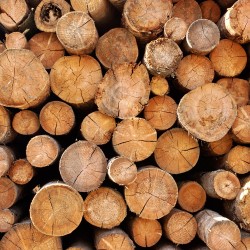 Strange how one must choose at age thirteen the subjects that will determine an adult future. Fortunately, I now know they don’t determine anything much at all, but that was how it seemed.

Amongst the careers a child is encouraged to imagine, I’d settled on horticulture at the time. I remember neither why, nor what I thought it would mean. Maybe I expected a sort of early retirement, pottering in loamy soil, reading the weather in cloud formations, growing prize tomatoes. The reality would probably have been more about chemicals and machinery and commercial viability. As with my other imagined roles – veterinarian, costumier etc. – the dream evaporated before I had chance to be disillusioned.

Tick one of the following, the school form said at a rather contentious line: Woodwork / Cookery / Latin. It seemed the three were mutually exclusive. Following the social norms of the early 80s, it was assumed you were either a boy, a girl, or an academic. I very much wanted Latin, and my ‘career’ would surely demand it, but that would have been a dangerous choice.

No doubt there is more social unrest at some other schools in the world – maybe even in England – but ours had more than enough for my liking. As I saw it, there was no point worrying about a future at all unless my current life was preserved. Let’s just say you’re more likely to be left alone if you know how to handle a chisel, or even if you have access to such a thing. Knowing how to conjugate a Latin verb – indeed any Latin verb – is not much use in a conflict. In fact it could be a disadvantage.

Two girls joined me, for which I was glad. We huddled nervously like cornered sheep in Workshop 1 for a half-day per week – three staunch pacifists posing as barbarians. A pity I only recall the teacher’s rather rude nickname, as he deserves better. Let us call him Mr Jones, and assume that’s not his real name either. Behind his ear was always a pencil – or a cigarette at break time – and he was only ever to be seen in one of those shapeless buttoned overalls that would make anyone look like Arkwright in Open All Hours.

His most distinctive feature was having just the one thumb. His other had been sacrificed to the bandsaw – that item of most sacred machinery, feared by even the most brutish of boys. I like to think the incident prescribed Mr Jones’s teaching methods, at least in part. “Lads,” he would tell us all collectively, “be ekk’yurit!” Surprisingly, unlike in the playgrounds, I never witnessed so much as a minor injury in Workshop 1. That a teacher could lose a thumb there was clearly enough warning for all of us.

I’ve always found the scent of freshly sawn timber intoxicating. There is nothing like the feel of wood in the hand – its many warm textures, firm but yielding. There’s nothing like the grain of wood as it’s revealed in the cutting, shaving or sanding – a private journal of all its years and seasons. There’s nothing like the satisfaction of a mortise joint or a dovetail slotting together at the perfect angle. Although he never put them into words – at least not in our presence – Mr Jones surely knew all these things.

Ultimately, I don’t feel at all deprived of education. I can follow a recipe well enough, and learned more Latin phrases at university than I’d ever drop into conversation. Two more phrases have been far more useful anyway. Carpe diem my father gave me at an early age. A later one came from my stepfather, and I ought not to repeat it here, but roughly it means: don’t let the naughty people grind you down. While it may not be real Latin, it certainly helped me through school.

Wood was always in my blood anyway. Excepting myself – the only square tenon in a round mortise – there are three generations of engineers in my immediate family, and many a DIY zealot. Among their fathers before them were carpenters and other craftsmen, makers of cabinets and coffins, apparently. Who knows the wonders the women might have fashioned, had they been let loose on a chisel.

So this is how I come to be standing here in the parental garage, surrounded by generations of clamps, saws and mallets. The smaller things, like rasps and files, pliers and bradawls, are in a battered old chest with deep drawers that groan when you drag on their handles. I’ve never been let loose in here, so I’m not sure what half of them do. Many look as though they wouldn’t have a use at all in this century.

There are rows and rows of tiny compartments too – a beehive of bolts and screws, pins and bungs of countless sizes and materials. There are ordered sets of things like wrenches and drills, in coloured tin cases. They smell of dust and oil and elbow grease. They’re so well-tended, I imagine them as almost sentient, like old soldiers full of memories, comparing tales of battle and triumph.

I’m most drawn to the ones in the hard plastic boxes of our present age – power drill and power driver, power plane and circular saw – not for their power per se, but because they’re clever, and they’re much more fun. Both the folks need wheeled access to the garden now. Sensible people would order a ready-made ramp conforming to Health & Safety regulations, or they’d call someone out to make something. We considered both, so perhaps we are sensible, but we’re also resourceful, and stubborn too.

After a few cursory tips, the man amongst us goes back to his newspaper. While he never met Mr Jones, he knows that a seven-inch blade spinning mid-air is enough for my nerves, without my being observed. Thanks to my mother’s engineering accolades and her patient holding of various things – via my silent invocations and sufficiently ekk’yurit measurements too – we meet with success. A retired picnic bench is repurposed as a sturdy (if not exactly beautiful) accessory.

I wish I could tell my younger self that all the talk of vocations was a waste of time, and that everything will turn out better than I could imagine. Certainly one may have aptitudes, likes and dislikes as a child, but firm plans that endure the test of time? Unlikely. My current job did not even exist in the early 80s. I’d never heard of a website, and thus neither a web designer, so I could not have foreseen it. Neither could I have foreseen that rather than a career, or even the raising of a family, my priority would be a spiritual life.

I remember Sri Chinmoy would try his hand at all sorts of things without any formal training. He played hundreds of instruments and all manner of sports. While he would sometimes take tips from those adept at certain disciplines, he was essentially self-taught. He would draw or paint, write poetry or music, inspired directly by his meditation rather than following any learned formula or tradition. Everything he did was thus vibrant, surprising and original. He was constantly practising, in order to transcend his previous achievements.

Inspired by this example, I endeavour to follow my heart – ideally without fearing conflict or failure, though I’ve a way to go on that. I try to give my full attention to the present moment, offering what I have and what I am to it, however much or little that may be at a given time. I pick up what’s needed as I go along – whether wielding a computer or a circular saw. Carpe diem – why not? A day is more than enough life to be going on with anyway.

Do not worry about the future.
The present moment is heavy enough
For you to carry.
How do you know that tomorrow
A bright and illumining dawn
Will not invite you?