A Chicken and Egg Situation

I spent a while teaching English as a second language in Thailand many years ago, and had a splendid time. Not only did I find the language (especially the written characters) more beautiful than my own English equivalent; the culture, the etiquette, the people, the weather, the food, everything beguiled me and I felt entirely at home, as if remembering a Heaven where I once belonged. Maybe I’ll tell you more about it another time, but I will say two things for now:

“Finally, which rhymes with enough —
Though, through, plough, or dough, or cough?
Hiccough has the sound of cup.
My advice is to give up!!!”
[source] 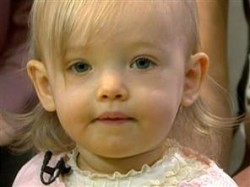 Learning our first language comes from constant immersion combined with dire necessity. We pick up meanings largely from the words’ environmental context, and grammar from their verbal context. This leaves us able to use a large number of words effectively but often only notionally; without really knowing their precise meaning, let alone their origin.

Words such as man, woman, cat and dog have not changed throughout the ages, but more complex phrases evolve relatively fast:

“…the phrase ‘willy nilly,’ which we now take to mean ‘any which way’ originally had a much different meaning. Willehe-nellehe was an Old English term meaning ‘whether he will or whether he won’t’ and implied someone doing something against their wishes — whether they wanted to or not. Over time this concept has been misinterpreted to the point where its meaning is entirely different. Extrapolate this example across the language and you get constant evolution.”
[source]

The speed and accuracy with which we pick up a language no doubt depends on many factors; partly environment/encouragement, partly our own propensity. Elizabeth Barrett (pictured) is one extraordinary example; something of an infant prodigy in the world of words, not just speaking but reading before she can walk. Elizabeth read her first word when she was 13 months old, from then devouring books with exceptional voracity. In her father’s words:

“I think she has some special abilities that have just been a fortunate thing she’s been born with.”

“This is something we never expected,” added his wife. “We didn’t teach her this. We don’t sit down and drill her on words. She loves reading books.”

Believing in reincarnation as I do, I can’t help wondering if such capacity is not only to do with nature and nurture, but past experience. Perhaps the name Elizabeth Barrett is a clue? 😉 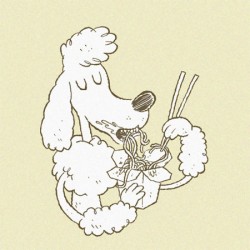 So the English language is as fond of breaking rules as it is of making them up as it goes along, it also is in a constant state of evolution because we don’t always really know what we mean when we speak it. Add to that the (disputable) fact that it has the largest vocabulary, and I am yet more glad I don’t have to learn it from scratch.

“The Oxford English Dictionary lists a total of 171,476 words with an additional 47,156 obsolete and 9,500 derivative words as subentries, giving almost a quarter of a million words in the English language, even when technical terms, place names and multiple word senses are excluded.”
[source]

But that includes all the words we’ve half-inched from other languages. So-called loanwords are “a consequence of cultural contact between two language communities”. As such contact will presumably only increase, so will our vocabulary.

So far we have taken ketchup from… Chinese (yep), gingham from the Pacific Islands (and I dread to think what we gave in return), Japanese gave us karaoke (whether we wanted it or not), American Indian gave us avocado and hurricane (a mixed blessing), African languages gave us jitterbugs and zombies (which we probably could manage without, but it’s the thought that counts), Arabic gave us caravan (thence all sorts of traffic problems during the British summertime), Hindi gave us bungalow and chintz (to be used sparingly, especially in a bungalow), German gave us poodle, noodle and apple strudel (enough said), Dutch gave us smuggle and freebooter (well, we stole them really), French gave us garage and sachet (which we’d struggle without), Italian gave us opera and umbrella (which we needed badly), Spanish gave us mosquito and tornado (which we didn’t). Shall I go on, or are we sufficiently incriminated?
[source] 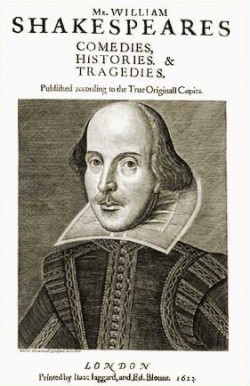 I’ve already briefly touched on the subject of poets adding to our lexicon in John Milton and the Origin of Space, but, says Stuart Waters, Shakespeare et al are doomed:

“There is no motive in this crime of the future, just an inevitability based on one undeniable fact. Language changes, and ironically, Shakespeare was himself perhaps the greatest ever at introducing new terms, concepts and metaphors into the language. The very craft he mastered will eventually consign his works to history.

“Technologically, the very nature of communication is changing on a daily basis and we are only at the beginning of this revolution. The internet, email and text messaging are tremendously fertile fields for the growth of new words and concepts and because this type of technology changes so quickly it is very difficult to see where it will take the language. On the one hand communication technology exerts pressure for language evolution, but on the other hand, it puts everyone in touch with everyone else, breaking down the barriers of distance and culture which traditionally fuel language change. What will be the outcome? Who can say.

“It is clear however that sooner or later the poetry and artistry of the Bard will be lost to all but historians of English, just as the works of Homer are unintelligible to modern Greeks.
[source] 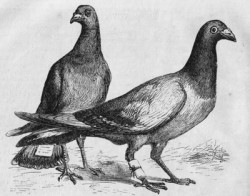 “What will be the outcome?” asks Waters. Well, Pidgin English is one (pidgin, not pigeon).

“A pidgin is a simplified language that develops as a means of communication between two or more groups that do not have a language in common, in situations such as trade. Pidgins are not the native language of any speech community, but are instead learned as second languages.
[source]

English may have the largest vocabulary. Its offspring, Pidgin English, claims to have the smallest, but is possibly yet trickier to learn. With just a few examples from the version spoken in Papua New Guinea, I am amply convinced of that, (although it does have logic, phonetic continuity, and absolute cuteness in its favour): 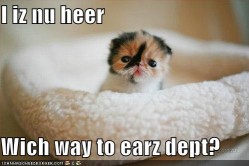 LOLspeak is born of our modern-day 24/7 culture where everyone is multi-tasking, communication is as urgently important as breathing, and everything is too much hassle to do properly or fully. Some familiar examples of LOLspeak are OMG (oh my God), BRB (be right back), and the eponymous LOL: laughing out loud, lots of love, or…

Depending on the chatter, its definition may vary. The list of its meanings includes, but is not limited to:
1) “I have nothing worthwhile to contribute to this conversation.”
2) “I’m too lazy to read what you just wrote so I’m typing something useless in hopes that you’ll think I’m still paying attention.”
3) “Your statement lacks even the vaguest trace of humor but I’ll pretend I’m amused.”
[source]

Does LOL mark the demise of the beautiful English language? IMHO, no. Whatever it signifies for humans, it is a mark of progress for all other species. If it counts for English, animals have finally started to speak, and even nuborned ones are typing their own messages on sites such as cuteoverload.com, ihasahotdog.com and icanhascheezburger.com (pictured). So LOL is progress. Officially.

Who Has The Largest Individual Vocabulary? 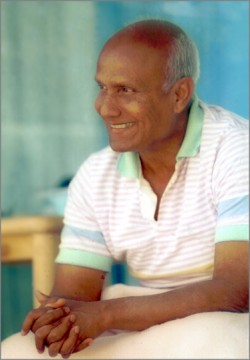 Whatever may happen in the future, regardless of species, who has the largest English vocabulary right now? This is not a straightforward question. Michael Quinion explains why:

“What we mean by word sounds obvious, but it’s not. Take a verb like climb. The rules of English allow you to generate the forms climbs, climbed, climbable, and climbing, the nouns climb and climber (and their plurals climbs and climbers), compounds such as climb-down and climbing frame, and phrasal verbs like climb on, climb over, and climb down. Now, here’s the question you’ve got to answer: are all these distinct words, or do you lump them all together under climb?

Of all the people I know, my meditation teacher Sri Chinmoy (pictured) definitely has the largest vocabulary, however it’s measured. Growing up in East Bengal, English was not his first language, but I regularly come across English words in his writings which I have never seen before. Take my favourite example: sesquipedalian (meaning a very long word).

Sri Chinmoy published almost 1600 books during his lifetime, including around 117,000 poems. Whatever happens to the English language – however it evolves, however it is used and misused – I will always relish it and cherish it, and I will always look to my teacher Sri Chinmoy for new words and new inspiration. It is not only his vast vocabulary, but the use of it which I love. He reminds me to stay in my heart, and to try to use whatever capacity I have for goodness. Although he passed away last year, and I still miss him dearly, he left behind the legacy of his writings for us all to enjoy. Read to your heart’s content for free at Sri Chinmoy Library!

—Sri Chinmoy (from The Dance of Life)

10 replies on “English as a Fecund Language”

I really enjoyed reading this article. My relationship has ended with Thai language once I find out there are 5 different tones for each word and all has different meaning. And mostly it’s kind of impossible to get the right tone. lol

I find it interesting to read on a native English speaker’s perception of the language and how you acquire it (contextual complexities). Being a teacher of English as a second language and a native French speaker to boot, I had to find other ways to integrate the language. On the other hand, it’s a plus when it comes to teaching those same strategies to French native speakers. BTW, you have great writing skills. I still have a long way to go. 🙂 Thanks for accepting my comment.

Interesting, thanks Bill. I meant to look into Esperanto for this article as I know absolutely nothing about it, but it was already getting a little long. Good you brought it up! Thanks for visiting 🙂

There’s nothing wrong with English – it is my mother tongue – but I’m not sure that it is qualified to be the international language. I’d like to argue the case for Esperanto. Have you heard of Esperanto. It is a planned second language for all? I suppose that it can be seen as a sort of pidgin. It has very few native speakers, so does not confer added advantages to them. Being a native speaker of English does confer advantages, I’m afraid. Anyway. take a look at http://www.esperanto.net Let me know what you think.

Glad I’m not on me Jack Jones, John. Your David Hockney’s sound as a pound and twice as round. Anchor spreadable.

Eyup Tejvan, it’s a grand dictionary lad. If ye can’t say it usin’ them 200 wuds, it in’t wuth sayin’. Folk should ‘ave t’gumption to be addlin’ and towin’ at t’mill, not mitherin’ themsens wi’ gradely newfangled wuds like ‘enjoyment’. They don’t know they’re born if they need more ‘an that. In my day we ‘ad 19 wuds for t’whole family, and wa’ thankful for’em.

Eyup! By ‘eck – thats a, fair to middlin’, bit of lilten, food for thought.

To understand how English should actually be spoken please visit:
http://www.yorkshire-dialect.org/dictionary.htm