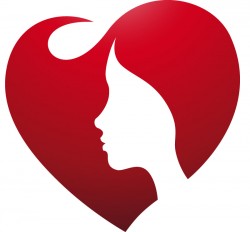 When I was little, February was a frenzy of red and pink paper; a time of round-ended scissors, glitter and Elmer’s glue. Is it still so for the children of America, or was it a fashion of the 1970s?

We foisted cards on everyone, at least everyone in our school class and family, perhaps the janitor and principal too, the bus driver and the local librarian. There was really nothing personal about Valentine’s Day. It was about the sort of love that extends randomly in all directions, rather than the sort that attaches itself with hope to an individual. It was perhaps somewhat perfunctory, but it came with enthusiasm, and without expectation.

Later it grew a gangly teenage awkwardness: a game of daring, angst and mortification.

Now I barely think of it at all.

By chance, February fourteenth is the day I became a student of Sri Chinmoy, so it has had a very different meaning for me these past 15 years. I joined the Sri Chinmoy Centre as a single person, so according to custom, I remain single. It’s a significant and personal aspect of my spiritual journey, which I have talked about more fully in Auspicious Good Fortune. For now, let’s just say I choose to give spirituality priority.

It’s not for everyone, but I’m glad it’s for me.

The word ‘love’ seems to have so many connotations nowadays. My little cut-out cards of childhood may not have conveyed a weighty or resilient sort of love, but they were tiny pieces of the unconditional. Scraps of good-will at least, with no strings attached.

As I understand it so far, in my journey through the world and its countless mysteries, true love is known by the freedom it brings: freedom from expectation and freedom from attachment, beyond the baggage and bargaining of give and take. Perhaps ironically it is in that emptiness, that lack of cupidity, that bare aloneness with the Divine, that we are all brought closer to one another.

Only true love
Can bring about
Real freedom.
– Sri Chinmoy