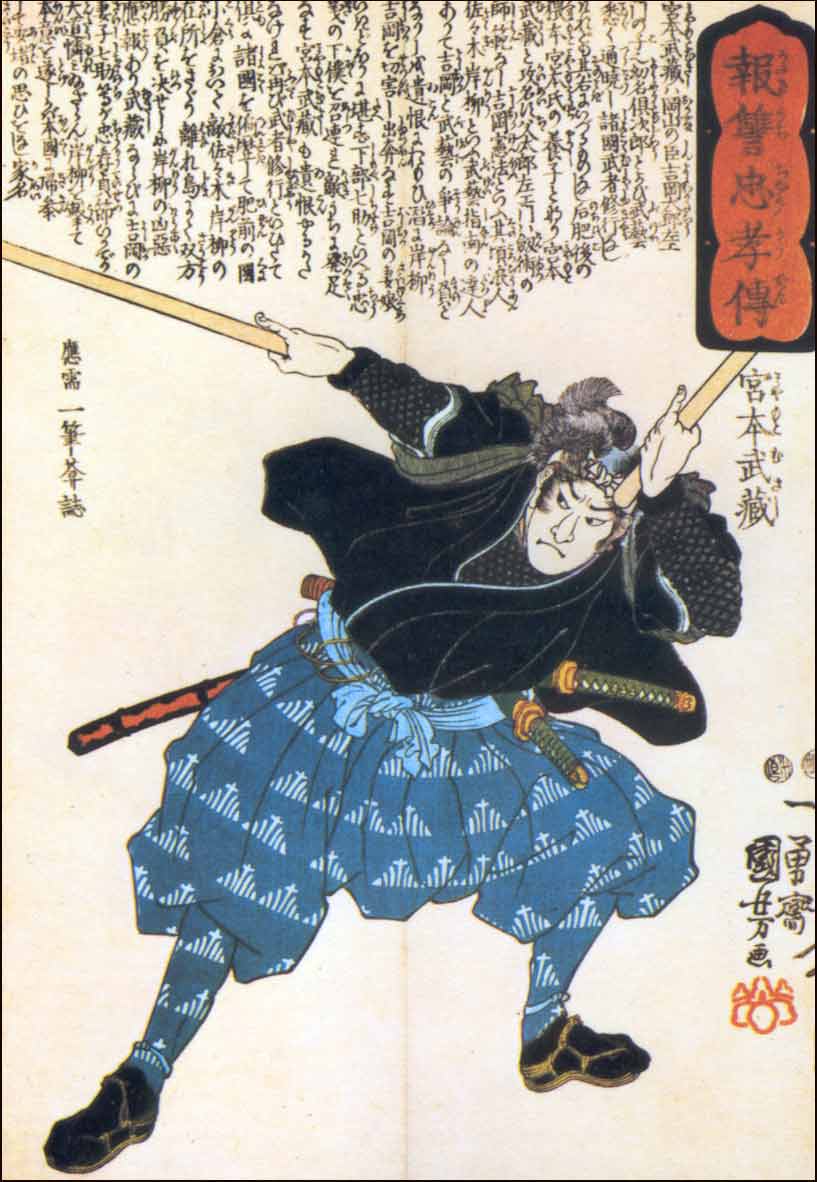 Miyamoto Musashi is Japan’s most famous swordsman. The account of his life, meticulously researched and documented by Eiji Yoshikawa in the 1930s, was carefully crafted into English by Charles S Terry 50 years later; a work transparent enough to preserve Yoshikawa’s exquisite poetic style.

This is ostensibly a book of swordsmanship, and includes its share of martial combat, but that element is neither gratuitous nor glamourised – it serves to support rather than blemish the story’s purpose. Musashi transforms himself from a brute and selfish thug, to a hero of great depth and honour. Through the teachings of Takuan Soho and through his own self-discipline and one-pointedness, he transcends his natural capacities in the pursuit of his life’s mission.

Although Musashi was the maven of martial arts in his time, Yoshikawa portrays his many human aspects so as to bring his character into real and living relief – not a mere legend, but a man struggling with failings and weaknesses, in whom one can surely glimpse one’s own self. Never coldly observing from outside any character, Yoshikawa becomes the character and writes straight from that beating heart, or racing mind, or pulsing body. Each character has its place in the tale and its own unique lesson for the reader. 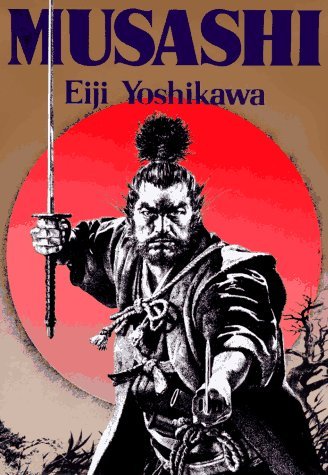 Yoshikawa’s research is such that every angle of the culture and every level of the social hierarchy is revealed in robust detail. The writing is complete and completely satisfying, pristine and elegant. No single word is superfluous, yet no detail is trivial enough for exclusion. One may well take any sentence from any of the 970 pages and let it stand as a striking, intriguing work of prose.

More graceful than grisly, this is the account by one master of another master’s life. Whether you choose to read this book for its historical content, its study of martial arts, its celebration of Japanese culture, its portrayal of human transcendence, or simply as a heroic piece of writing, you will not be disappointed.

18 replies on “Musashi by Eiji Yoshikawa”

[…] Musashi says in the Book of Five Rings, “Think Deeply About This” and let it resonate with you until you Overcome Cultural […]

[…] also had the chance (finally) to finish reading the historical novel musashi by eiji yoshikawa. (i know it seems like i’m on a real eastern-culture kick lately, but this […]

his books were all i read on my deployments overseas, and this will be my next tattoo

Im talking about the first book by the way…

I wish, I have all the books of Musashi… Among the pile of books on our house. The moment I touched the book.. I felt what Musashi felt when he touched the oak sword from Oko’s house… really amazing

Where could I get a copy of the book in India? Is there any online resource for ebook version of this book?

I never knew the Japanese culture had so much martial arts history of its own…kinda like the Shaolin kungfu of the Chinese. This is very enlightening. Thanks for sharing!

I love Miyamoto Musashi’s Book of Five Rings, combining masterful technique and genius with his swordplay. Life and Martial Arts becoming one.

I am a big fan of Japanese culture and I love this story. The story of Musashi is a timeless tale that has been told for centuries. My family all enjoys the work of Eiji Yoshikawa and the illustrations that accompany his stories are simply magical. They take you back to a place in old Japan that just does not exist anymore. Whenever I feel the need to escape, this story does the trick for me.

Hey Bihagee! Such a nice surprise to see you here 🙂 Glad to hear you are a fellow fan of this great book. No it doesn’t fit into anything handy, but it’s worth it. Absolutely un-put-downable 🙂

[…] theory of combat put into action most famously by master Japanese swordsman and strategist Miyamoto Musashi. It was a little like learning to swing a golf club or a tennis racket—learning the correct form, […]

Hello dear Sumangali!! What a beautiful website! I can’t tell you how excited I was to find a describtion of one of my favourite books here. I carried that big, heavy book with me everywhere for a while, in the subway, at work…and as you know, it doesn’t really fit in a hand bag:) It was worth it!

That’s awesome casas! I’m looking to build my library out with books on Musashi. Thanks for posting the ISBN as I am not to keen on searching the web for books. I just ordered it and will be posting a review after reading it.

For all aficionados: this is the best book on Musashi that I ever came across “Miyamoto Musashi – His Life and Writings” by Kenji Tokitsu, Weatherhill 2005, ISBN 0-8348-0567-7. Includes a new translation of the Book of Five Rings, with commentary and annotations. Even the famous fight with Sasaki Kojiro appears in a completely different light. Appeared first in French language.

Thanks Liara! Hope you can track down a copy of the book 🙂

I am fascinated by Japanese culture. Your informative post here is a wonderful invitation to learn more about a cultural icon.

Thanks Alf. Me too, I didn’t want it to end. I guess the trouble about writing something based on truth is that the facts are sketchy and might even trail off to nothing at some point, especially if they happened so long ago. The writing is so brilliant though, I almost wouldn’t care if the writer had spun some yarn about some imaginary son-of-Musashi with his own trials and transformations. I love good storytelling about as much as I love truth. I often ask someone “what’s new?”, and if they reply, “not much”, I bid them make something up; I’d be equally intrigued by the answer :-).

I love this book. I was disappointed when it finished – despite the length – I wanted it to keep going forever. Musashi is that type of person.