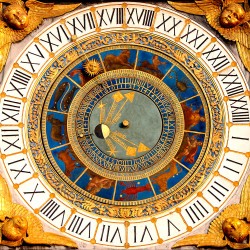 While Chinese New Year (Red Fire Monkey) is not until Monday, in my little corner of the globe it seems there’s already a lot of newness.

My family is in the midst of an almighty clear-out. There’s nothing like the buzz of giving things away, especially to people who even recognise what they are and thus how they could be useful. Not being the hoarding type, I’ve also found our countless trips to the council tip liberating, thrilling and strangely moreish. To me material objects use up mental energy that is – on the whole – unwarranted.

Out with the frayed electrical cables and the chest of drawers from when I was six. Out with the multiple hand saws and dismembered lengths of hose. Off with the overflow refrigerator, and with anything qualified by “in case”. We’ve made piles of things for keeping, but not necessarily those with the highest resale value. This little stack of school reports from the 70s and 80s has already given back to us generously in terms of amusement.

While I was chucking some broken something into a skip last week, a neighbour called out, “Morning, Sarah!” I glanced over my shoulder only to realise she was addressing one of my former selves. Such things are bound to happen around the parental home. Sarah was a name used mostly by teachers, the dentist, and my folks when they were cross. This is the name I see now in handwriting that used to be my own, at the top of example essays and exercises. It’s a curious and almost creepy sensation to read something one has obviously written, when one has no recollection of writing it.

These pages bring back clear memories of the time though, and I’m struck anew by how my world has changed since then. Adulthood and the advent of IT bring with them new fetters as well as new freedoms. Naturally we had no computers, smartphones or video games when I was small. I rode actual horses and fashioned tangible things out of knitting yarn. I did jigsaws, drew pictures, played cards (with real cards), and wanted for nothing more.

What strikes me most is the accuracy with which long-forgotten teachers describe my current nature. In my exercises there’s an obvious progression from the spidery copperplate I learned in America to a hand more rounded and efficient, from pencil to cartridge pen, from broad to narrow feint. Yet certain traits of character have remained almost untouched by time. That’s a bit spooky too.

Reading and writing came to me quite tamely, but the third R was wild and chary of me. Anything involving plimsolls and gym shorts I considered abhorrent and wholly unnecessary. Mixing with others outside of class gripped me with the sort of nerves one ought to feel only before a driving test or a surgical procedure. In group photos I have a scolded, guilty look – as though I’d just set fire to the gym store. Really it wouldn’t have occurred to me even to chew gum in the classroom.

In truth there has been considerable progress, but it hasn’t come about of its own accord. It’s as though my stars have somehow wheeled and hauled themselves into a new configuration, and I’m very glad of that. This least sporty of girls has done a couple of marathons. The girl who likes her own company has good friends nonetheless. She can’t face public speaking, but at least enjoys good conversation. Some stars have stayed in place: I’ll gladly devour a book, but can’t do sums under pressure. I’ve never set fire to a gym store (though it possibly crossed my mind).

Do you believe in astrology? I was never sure if I did or not. I had a sense there was something about it, but took it with a pinch of salt. That a horoscope could predict one’s basic character – perhaps even a few significant events – didn’t seem outlandish, but I found the thought of anything being set in stone depressing. Such an approach doesn’t account for the free will I’m certain God affords us – the incentive to use whatever capacity we have to improve (or diminish) our lot.

This excerpt from Sri Chinmoy’s writings makes sense of it all to me now. Certain aspects of one’s nature may evolve in the everyday process of living. But I know the most significant changes have taken place for me since I’ve been seeking a more spiritual meaning to life, and – in line with that – since I’ve grown more faith in myself.

In most cases, when it is carefully and scientifically done, astrology is absolutely correct for ordinary people who have no faith in God or in themselves.

But if people have faith in themselves, with this faith they can transcend astrology. That is why we say that faith changes things by an unchanging will. If we have an unchanging will, fate can be changed. True, all our past deeds are recorded in the stars. But if we want to obliterate fate, it is like obliterating something on a tape recorder. I say something and it is recorded, but if I want to erase it, I can.

Astrology is one hundred per cent correct when one is totally in the physical world and is living an ordinary human life. When one enters into the inner life, the spiritual life, it is sixty or seventy per cent correct. If the aspirant is in touch consciously or unconsciously with his inner being, and if his inner being is constantly in touch with the Source, there will be many, many bad things that he can avoid. Finally, when one is consciously in communion with God, astrology does not function at all for that person, because everything in his life comes directly from God. True oneness with God is far beyond astrology.”

Sri Chinmoy used to give a New Year’s Message every autumn. I still miss it now, eight years after his passing. In it he gave spiritual predictions and warnings – qualities to invoke and things to be wary of. Nowadays I try to meditate on which things to nurture, which to cultivate and which to avoid. Whether one is clearing outer or inner clutter, the start of a new year certainly has its own power and momentum. Godspeed to you!

2 replies on “Newness and Astrology”

Thank you for updating your blog with interesting and inspiring observations, reflections, and findings.

Thank you, Alexey, for your kind comment! I’m honoured by your visit.