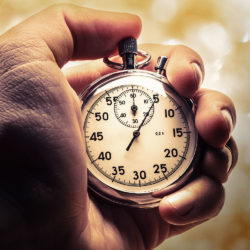 My running life has had a chequered past. I know I’m not alone in having detested cross-country at school, but that’s no true prediction of one’s relationship with the sport anyway. Who wants to be clambering through mud and weeds in the dead of winter, clad only in shorts and a polo shirt? Very few. A sadistic glint in the eye of our games mistress was never more apparent than on those frosty and overcast days. Only the heart can heal such misadventure, and inspire one to try again in later life.

In my latter teens my mother cajoled me onto the country lanes for two miles each day before breakfast, and I learned to love that wholesome start to the morning. But running was not so fashionable as aerobics in the late 80s and early 90s, so I soon chose to exert myself in the more convenient setting of a gym. It was only on joining Sri Chinmoy’s path of meditation in the late 90s that the subject of running even raised its head again. My Guru was a champion decathlete at the Indian ashram where he spent his youth. Later, having moved to America, he took up marathon and ultra-distance running.

Sri Chinmoy’s teachings combine the ancient depth of the East with the modern dynamism of the West. Though he enjoyed and excelled at many sports – weightlifting, football, tennis, cycling – running held a very special place in his heart. The Sri Chinmoy Oneness-Home Peace Run still continues each year – a torch relay, spreading the message of peace across countries and continents. Races are held each year in his name too, throughout the world – from 1 mile to 3100 miles.

So running is woven into this path of meditation, and in time I learned to love it again. I even managed to run a couple of marathons, and worked full-time at a branch of Run and Become for a few years. But overall my relationship with running has been rocky. For the last 20+ years I’ve battled with CFS and its retinue of ailments – with which I won’t bore you here. Not that running is necessary for spiritual progress, of course, and Sri Chinmoy would never encourage us to push ourselves beyond that which is safe or healthy anyway, but his emphasis on running stems from the inner opportunity it offers. It’s especially simple and direct.

And so I come to be huffing and chuntering like Ivor the Engine along a country lane at 7 o’clock of a Sunday morning. Each year our British and French meditation centres meet for weekends known as Joy Days. Amongst the regular features like meditation, singing, socialising and copious amounts of food, is the 2-mile race. Mine is usually a mile’s walk at best – a jog could render me unwell for at least the rest of Sunday, and probably Monday to boot. Let me not bore you here with the details of my new regime, but it has at least afforded me the luxury of tying on my running shoes and heaving my 115 lb frame along at a 12-minute pace.

In reaching the start line, I face both the physical discomfort of my lack of fitness and the social discomfort of displaying it to all and sundry. Need the race really be marshalled by a running coach, a Channel swimmer, a champion cyclist and a 3100-mile race finisher though? Apparently so. That should add to my embarrassment, but it adds to my amusement. I’ve found the best athletes are often the most encouraging to those least able anyway. My experience provides a great wealth of data on that subject, and today is no exception.

“I’m the last, thanks,” I gasp out triumphantly to each marshal I pass – or at least that’s what I hope it sounds like – informing them their job is done, so they can go in from the cold. From the final bend to the stopwatch probably feels like a long straight for anyone, but I can only coax myself from one tiny goal to another. At first the markers were big things, like cars or the stone walls of houses. On the ultimate lap they’re daffodils, barely a stride’s length apart.

Everything in me protests in pain and a desperate longing for air, but all ahead are kindly cheering, calling me on in oneness (and perhaps a little mirth – I don’t mind if so). While part of me cringes in self-consciousness, and I may be grimacing outwardly, most of me effuses joy and gratitude. Genuinely. This, let me tell you, is progress in itself.

The journey of accepting my fate as a perennial loser has been a long one. Twice a year I visit New York, where Sri Chinmoy made his home from 1964 to his passing in 2007. There we have a 2-mile race on Saturdays, for which I at least turn up. At the lofty peak of my fitness I only broke 17 minutes for 2 miles, and then just once. I have never been – and probably never will be – good at running in the physical sense.

But the point is self-transcendence – competing with one’s own prior achievements and with one’s own inner limitations. So mine is to do my best in propelling myself forward, but also – crucially, as I have learnt by hard experience – to do so with sincerity and cheerfulness. While watching my fitness decline over several years, I would often finish those races in tears – of frustration and self-pity – and there is far more shame in that than in finishing last, believe me. In the absence of athletic prowess, and when I also fail to remain in a soulful mood, I’ve since found the greatest asset to be a sense of humour.

Not only would I be lapped by countless runners, but would have to dodge round clusters of them at the finish, in order to embark on the last epic lap of my own. When I had looped back again at last, there was often just a space where the display clock had been, so I never actually knew how dismal my time was. A few helpers would be bumbling around, clearing dead cups from the street, the water urns all drained of their last drops when I was finally ready for them.

During Sri Chinmoy’s life he would offer a prayer and prasad (blessed food) at the end of each race. If I arrived in time for either, that counted as a victory to me. But often I was still shuffling around when everyone else turned back the other way in droves for breakfast, not considering for a moment that I might still be ‘racing’ at such velocity. Assuming I was doing some kind of modest cool-down, someone might even try to engage me in conversation. I wasn’t laughing then, but it’s hugely funny to me now.

It’s taken time, but having witnessed members of my family – for various reasons – unable to walk so far as the local shop for a pint of milk, I’ve seen my own capacities in a new light. Even when running has been out of the question, the ability to walk can seem like a super power in its own right. I can now say that to run at all, even pathetically badly, is a privilege. To run is to offer what I have – even the precious breath that feels like my last – with as honest and joyful a feeling as I can.

While Sri Chinmoy advocates a healthy body to support a life of meditation, he also sees running as a metaphor for life itself, as evidenced in his talks and poems. Through his teachings and through my own experience, I believe if I can master an approach to running, I take a step towards mastering my approach to life – albeit slow and shuffling. If ever I’m fortunate enough to join a race, I may well be last, but I need not be the loser.

You can never be a loser,
You can only be a winner
Every time
If you race
On a sincerity-progress-track.

The Starter of all things
Is fond of both the winner
And the loser.

He is the great winner
Who wins.

He is the greater winner
Who is the cheerful loser.

He is the greatest winner
Who gives equal value
To victory and defeat.

He alone is the real loser
Who separates
Defeat from victory.

If you are a cheerful loser,
Then in God’s Eye
Nobody else but you
And you alone
Is the unparalleled winner.

Immediately
Start again.
Yours is not the life
Of a loser’s lamentation,
But yours is the heart
Of a winner’s exhilaration.

A gratitude-heart will always be
The first-place finisher
In the Heavenward race.

2 replies on “The Cheerful Loser”

I can relate to so much of this. My running is now sporadic and so slow it’s not much more than a fast walk but I enjoy it so much more now having passed through years of ill health when even walking was a Himalayan struggle.
Thank you

Thanks a lot for your understanding, Bhashini, and for persevering too!