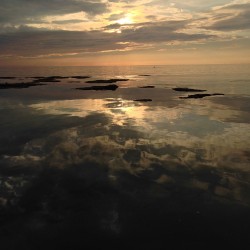 I was once engaged in a rather challenging design job, but one that turned out quite instructive. The client had set up a new business and needed a brand identity. She was very particular about the colour scheme, yet she was not sure exactly what those colours were. They had been seen through her eyes on a visit to Bangladesh.

“The colours there are more colourful than anywhere,” she told me. Indeed, I could see from the photographs they were as lively as jewels in the sun, or sweets in a confectioner’s window, and just as varied. She spoke as though these were not hues we could readily get in Europe, let alone trapping them on a website palette, or tethering them to the corner of a business card. It was as though she sought the eighth colour of the rainbow.

At first I wondered if it was some quality of light in that region, or perhaps a luminescent chemical in the paint, but looking again I soon realised the secret: clever use of contrast. From a mass-produced Bollywood poster to the hand-finished housing of a rickshaw, that magic was employed to the furthest extremes. Such palettes break all rules, and ought not to work at all.

The illusion is an old device, but in Bangladesh it’s apparently used with courage and gusto. Artists there clearly don’t pick complementary shades from a colour wheel; they place the circus and the festival against a ground of storm clouds and army fatigues. Yellow on grey, turquoise on beige, pink on khaki: just so, the eighth colour of the rainbow is revealed.

I’m reminded of this episode several years on, looking out to a January sun as it dances gold on a petrol blue Mediterranean. Suffice to say I did not find 2015 the easiest of years. It’s been a time of loss, of uprooting and unsettlement, and I’m the sort who needs a lot of bandwidth for assimilation.

I always try and take a short retreat in winter with the Sri Chinmoy Centre. These Christmas Trips have always been a significant source of inspiration for me, but this time the contrast is extreme. To set aside my battle fatigues, to step out of the storm and onto the coast of Sicily, is a change I cannot quite take in.

Out here on the edge of nowhere, the light sets and rises unencumbered over the sea, making all manner of palettes that strictly speaking ought not to work. And yet God the Master Artist dares it, leaving me wordless. The sea itself is entirely unassertive, even letting little silvery fish browse right up to the shore in its clean waters.

I may never again see an olive grove in moonlight. The grey trunks are twisted up like newspaper in a giant’s hand, the boughs and branches tousled with dark leaves. They glow a ghostly silver, their tops blown flat in the coastal wind. On into some vague velvet infinity the pattern of repeats itself. The moon looks on all the while wise and consoling, trailed by a radiant host of stars.

It was up into those stars we launched sky lanterns at the dawn of a new year, two by two unfurling the white paper, four hands spreading each one tall. Each flame caught the weight and its warmth billowed. With a soft rustle, a joint prayer, a silent promise, each vessel left our reaching fingers and gained the air. It was there I let my troubles go. I breathed the cold black sky, then felt a hope kindling, rising, glowing anew.

People ask me, “What do you do there?” and I’m stuck for an answer. We do everything and nothing. We sit in quietude, we sing for God with one another, we make each other laugh with stories, we run and play and eat together. We eat, yes, we eat again: cakes, biscuits, chocolate, ice cream on balmy balconies while gazing out to sea. It’s a time of reflection and restoration. It’s on these trips that I remember who I am.

On my last night I arrive early for the evening function to find a group in meditation before reciting poems, while someone is rehearsing Pinocchio with a long rubber nose, another a monkey behind a tree; another pair a hat and cane routine, another pair play ocarina and violin; another pair play banjo and charango while others add words to their folk song.

I smile almost to laughing. These are my people; this is my life. Wherever we find ourselves each year, this harbour of friendliness always feels like home. I sit in a corner and breathe it in, print it on my heart and mind for later when I’m back in the drab shades of winter. I trust the eighth colour of the rainbow will come back to me then.

2 replies on “The Eighth Colour of the Rainbow”