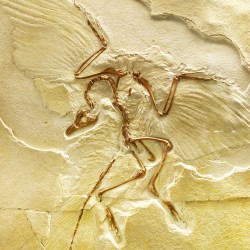 Do you ever stop to think what an achievement it is that you and I – metaphorically or metaphysically – are sitting here? Do you ever wonder that we’ve come this far? Perhaps you do. Perhaps I ought to do more often. I tend to think only of how far there is to go.

Maybe you live in a state of more serenity, but I confess to having rather too many thoughts. Some are useful: There’s enough milk for breakfast. Some are harmless: The blackened cobweb waving in the ceiling is a little too high to reach. Others are just irritating: The harsh tone of voice, did it mean more than the words? Or not? Was it justified?

My particular talent – one I’ve spent a lifetime perfecting – is dwelling on my own mistakes. I see it as one of the clearest marks of God’s Compassion that memory cannot usually reach back further than a lifetime. Imagine the weight of mistakes then, not to mention the injustices, the accidents, illnesses and grisly deaths. No, maybe don’t imagine. My point is that I forget there have been earlier chapters at all in my soul’s epic existence, rather than merely forgetting the plots and characters of the saga.

As I understand, we arrived on the earth plane at one point or another, a very long time ago – you perhaps as a ball of flint, and I as a grain of gravel in some alluvial deposit, baking in the sun or slushing about in the rain with other grains of gravel. I suppose our souls were jolly proud to be playing a part, though there was no question of doing a good job, and the concept of mistakes or even of time had not yet arisen for us.

I wonder how it must have been to grow at all then, having never experienced it – as a blade of grass, a cactus, a crocus, an oak breaking the acorn in darkness, breaching the earth with its long green neck to reach the light at last. Imagine first growing wings as a midge or a moth, the sudden freedom to follow instincts on the air – however base and vacuous – then as a bee, with all its subtle codes of language and etiquette.

What of all the sea creatures and river dwellers – the quick and vicious, the flabby and innocuous, the graceful, benevolent and beautiful? What of the avian, reptilian, mammalian lives we’ve known? How often we must have succumbed to the will of the weather or to our neighbours’ hunger, not surviving beyond the egg, beyond the nest, beyond the ice floe or the carpet of a forest floor.

But eventually we did, or at least we must have done. Clothed in fur or feathers we returned to watch the world and to learn our part in it. While that’s Grace, certainly, we did at least participate – to the extent not only of human life, but also of spiritual consciousness, however limited. We’re certain to have made countless mistakes in the process, but does that make it any less astonishing? In an age that gauges success and failure in fairly absolute terms, I find it worth remembering.

According to science, the Creator must have been especially fascinated by dinosaurs. 165 million years He worked on them, played with them, honed them and finally extinguished them. I shan’t hazard a guess as to what that was all about, but I suppose no amount of time seems long to Him. That’s probably for the best when dealing with human evolution. Somebody once asked Sri Chinmoy what happened when dinosaurs became extinct – whether or not their souls are now living a human existence. His answer came as follows:

So presumably we chose to take the lives we have now and all the lives before them. Perhaps incarnation itself is proof of that decision – even an ant or a worm uses all its wherewithal to stay on earth and to extend that same honour to its kind. In terms of the ultimate Goal I have a very long way to go, as many of us do, but I try to spare thought for the moth, the beetle, the clod of moss, the blade of grass, who all have a way yet further. Our lives ahead may not be painless, sanitised or predictable, but they will no doubt be increasingly meaningful, since that is the way of things.

Clearly error is the way of things too – maybe including the error of dwelling on error. In case you have that same special talent, take heart in this excerpt from Sri Chinmoy:

What are mistakes after all? The very idea of a mistake being shameful or unmentionable creates a wrong vibration in the cosmos. If we think a mistake is something that will inevitably be followed by punishment, then we are totally wrong. First, let us take mistakes as failures. What are failures? Failures are the pillars of success. Failures are God’s experiences in us. God is experiencing Himself in us and through us, and He is carrying us toward the ultimate Goal which is perfect Perfection. Second, let us take mistakes as half truths. If we take a mistake as something abominable or unpardonable, then the mistake can never be rectified or remoulded into truth. But if we consider a mistake as an imperfect truth or an infinitesimal truth, if we see in a mistake an iota of truth, then we can feel that the mistake can be rectified and transformed into truth.
– Sri Chinmoy, PPAT 38